How To Ride A Hoverboard For Beginners

So you just bought a hoverboard? And as much as you enjoy seeing the package, your next worry is how it will move you from your house to your friend’s.

And you have no clue. As you read on, you’ll learn what you need to know about riding this machine.

When hoverboards came into the market, it became really popular. It was so popular that it made a sale of about $1 billion. This popularity was fueled a long way by the celebrity craze that surrounded it.

Then hoverboards started exploding due to battery problems. This product that was the love of adult and children alike, became infamous. Just as fast as it became popular.

With the introduction of the UL2272 certification, hoverboards are now safe from battery explosions.

In fact, hoverboards are now perfectly safe, right? Well, I don’t want to be the bearer of bad news but perfectly safe is far-fetched.

It is now safe but you can still fall if you don’t know how to ride your hoverboard. And if you’re unlucky, the fall may be fatal.

According to a study, the majority of injuries on hoverboards were due to falls with 91% of the injuries caused. Majority of falls are contusion (which is 37.3%) and fractures (which takes 36.1%).

It is vital to know how to operate a hoverboard before taking a ride on it.

Hoverboard manufacturers are aware of this need which is why many hoverboards now have beginner modes.

A quest for enjoyment should not end with injuries and suffering. That’s why this post will teach you how to ride a hoverboard if you just bought it or if you want to teach your child. 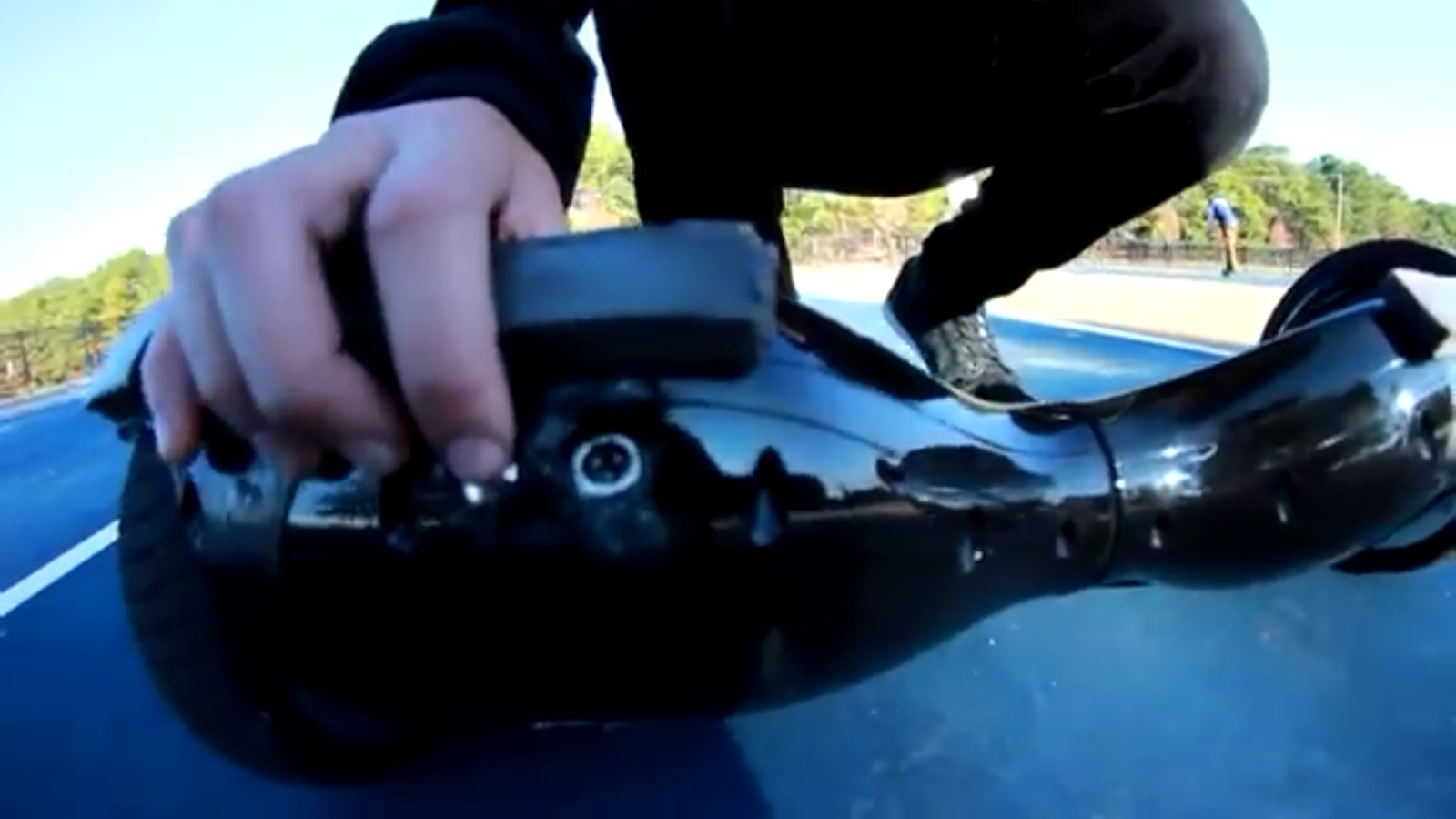 Congratulations on your first ride on a hoverboard! Just like learning any skill, at first, it is difficult.

But as you accumulate more practice time, you get better at it. And you get to increase your speed.

Confidence is key to riding the hoverboard within a short time.

However, if you’re buying for your kid, your kid must be at least 10. There are hoverboards that are made for the usage of kids which would be suitable for your needs.

Sometimes, it may be impossible to prevent a fall on hoverboards. If you ever fall from your hoverboard, it is advisable to see your doctor for treatment.

The reason is that most of the wounds caused as a result of falls from hoverboards are internal wounds that have been closed up by the skin.

It is even vital to see your doctor if you hit your head against a wall or the ground during the fall.

If you have a child who had a fall on the hoverboard, it is important to check things over with your physician. It was found that children less than 18 years have the highest number of fractures.

Without these lights, it may be difficult for people to see you and they may run into you. Or at worse, you may run into people or things that could cause injuries.

If you follow all the safety rules and the tips in this post, riding a hoverboard will be the least of your worries.

In fact, your next worry will be how many places you can go about it and how fast it can take you. A happy ride on your hoverboard.

How To Reset Bluetooth Hoverboard (Step-by-Step)

Your Guide on Buying a $1000 hoverboard